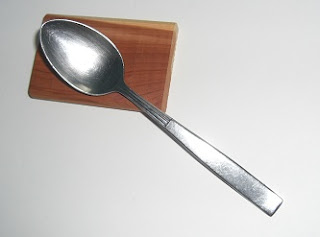 When I was in the fourth grade, we all had to do reports on the states.   The United States.  You know, pick a state, and write a report about it.  Any state you wanted.

Sounds like a great project, right?   There had to be a catch, right?  Yeah, you got that right.

Catch Number One: no writing about California.  Makes sense, right?  That was our home state.  California would have been too easy.  Besides we were forever doing California-related assignments.   This was the same period of my life when the Five Geographic Regions of California were impressed permanently into my consciousness like the wheel ruts of a hundred thousand prairie schooners plodding inexorably westward: "High mountains, low mountains, Central Valley, coast, dry lands."

Catch Number Two: each kid had to have his or her own state.  To make sure that we all had unique, non-redundant states, Mrs. Lewis instructed us to take out a sheet of paper and write down three states in order of preference.  I took a sheet of paper out of my three ring binder and wrote down

Well, sure.  What other states are there when you’re in the fourth grade?  Did John Wayne ever make a movie about New Jersey?  Did people throw Ohio-themed parties?  No.  You ask a fourth-grader to write about a state, he’s going to pick one of those bigger-than-life glamour states.

So that’s what I did.  I went for the glamour.  I looked down at the three states I’d chosen.  What a glorious page turner of a report I envisioned.  The Alamo.  Whale hunting.  Hula dancers back lit against a smoldering volcano.

Mrs. Lewis stood in front of the class holding a clipboard and a ball point pen and told us she would call each name on the class roster, and then we would tell her the first state on our list, and if another kid had chosen that state, we’d go on to our second choice state and so on.

Well, that’s when my dreams of glory crashed to the ground like a hastily improvised defilade succumbing to the fiery fury of Santa Ana’s cannons

You see, my last name is Polish.  All right, well, technically not Polish, but it's in the Polish Zone.  You know how Polish last names tend to be overrepresented at the tail end of the alphabet?  Well, I can only hope that things have changed in these more enlightened times, but in my school days, all us kids in the Polish Zone got the last pick of everything.  That’s because anytime you had to choose any choosable entity of any kind, whether it was a topic for a project or a sport to play at recess, or a part in the Christmas pageant, or a percussion instrument to bang on during the "She'll be Comin' Round the Mountain" sing-a-long, you were always one of the last three-to-five names called.  You see, the class roster determined the order in which such things were chosen, and the class roster was organized alphabetically.

As Mrs. Lewis called out "Kimberly Abrams," Larry Woyczk, Timmy Waselewski and I rested our faces on our palms and exchanged sideways glances with one another.  Tina Zybinski put her head on her desk and let out a long sigh.

Now keep in mind, I was born at the height of this country's postwar baby boom.  There were about 35 kids in that class.  By the time Mrs. Lewis got to me, Alaska, Hawaii and Texas were long gone, as were Wyoming, Nevada, Arizona, and any state in which an armed constabulary had ever shot it out with Bonnie and Clyde, including Missouri and Iowa.

I don't remember how it happened, but I ended up with Maine.  I think Mrs. Lewis must have assigned it to me from the seventeen or so states that were still left when she got to the Polish Zone.  Lord knows what Tina Zybinski ended up with, probably South Carolina or Delaware or someplace.

Now, don't get me wrong, I think South Carolina and Delaware are great places.  So is Maine.  Maine has Moose and fall colors and maple syrup and beaches and the Appalachian Trail and Acadia National Park, but I didn't know that when I was in the fourth grade.  To my mind, Maine was just so much unclaimed merchandise dropped at the curbside, just another cast off for the Polish Zone kids.

Kind of like my "Comin' Round the Mountain" block.  In Kindergarten.  That was my instrument, a block. I'm talking about an actual piece of wood.  I used to beat on it with a spoon or something.  That was life in the Polish Zone.  Stacie Alvarez got the triangle.  Jimmy Bailey got the tambourine.  I got a piece of wood and a spoon.

Things didn't improve in high school.  They had this system where you would request your electives at the beginning of the year, and if they had room in the elective you asked for, they'd put you in that, and if they didn’t have room, they'd assign you to some other, less sought after elective.

And how did they decide who got first pick of the electives?  Right.  They went through the school roster.

That's how I ended up taking two years of Latin.

And you know something, Latin was like Maine for me.  Sure I resented it at first, but as the years went by, I realized what a useful thing Latin was and what a remarkable opportunity I'd chanced upon by virtue of my bottom-of-the-roster pseudo-Slavic surname.

So in our movement, we don't say "uncircumcised."  We say "intact."

The problem is, as we Latin scholars know, intact is also a negative.  It's formed from the Latin word tactus, meaning "touch" and the Latin negative prefix in.  Intact means "untouched."  Etymologically speaking, it's every bit as much a negative as uncircumcised.

Uh oh.  Now what word do we use?  Intact seemed like such a convenient word, and we've been using it for decades.  We even call ourselves "Intactivists."  Are we going to have to reprint all the brochures?

Well, no.  I don't think so.  One thing I've learned from living all these years in the Polish Zone is, you work with what you got.  If all you got is a wooden block and a spoon, work with that.  You'll make just as much noise as the kid with the tambourine.  So just keep pounding, and don't let yourself get discouraged.
Posted by kurt_t at 3:19 PM